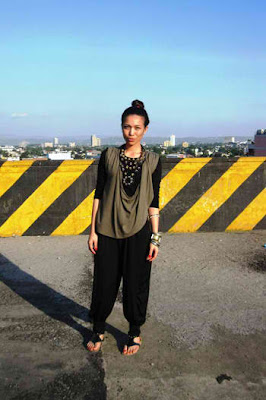 Image by Tongue in Chic

We've previously discussed some traits of Western Visayas people and we focused on the "onion-skinned" traits of the Ilonggo. Today we discuss a couple of things I learned about the Negrenses, from a friend who was born and raised in Alijis, Bacolod City.

I've heard accounts about how people in Bacolod are so much more "sosyal" than the people here in Iloilo. I was told that nearly everyone, if not everyone, traipsing the streets or just malling there tend to be dressy and dolled-up. I confirmed this with my Bacolodnon friend, and she said yes, the people from Bacolod are dressy. Then I heard something quirkier.

I heard that her neighbors, and the general population, used to dress up in order to go to the WET MARKET.

I couldn't imagine what that looked like, but from what I gathered, I believe the people there wear their good "outdoor"/"pang-labas" clothes, and shoes. Probing further, I was given an affirmative. Up until recent times, people wore their good clothes and shoes even for simple, mundane, even unglamorous tasks like going to the wet market.

In Iloilo, it's different. People would rather wear the clothes they slept in, when they go to the wet market. The wet market is a messy, stinky place. Why would you be wearing your good clothes there?

I found that thought funny. I was even dumbfounded upon hearing it. I can't imagine how the old ladies would look there in the wet markets, wearing their best stuff.

But then my friend clarified and said that nowadays, people are more laid-back and dress down when they go to the wet market. The culture there is slowly becoming more like Iloilo's, where people don't find it necessary to dress up.

Still, in areas where it's a little more appropriate, like the malls or the restaurants or downtown Bacolod, I heard that people are still dressy and chic. In fact, people who are not from Bacolod could not tell who the truly rich are, from the pretend-rich ones.
I was told that the hacienderos and Bacolod's rich dress simply. Ahh. Much like the older-generation Chinese I observed in Metro Manila, who wore ragged white T-Shirts but paid in big bills.

Then I asked my friend, how about Iloilo's rich? I was told that she noticed that in Iloilo, you could tell the truly rich folk: they have an air of class and they stand out.

These are only a few of the quirks of the Visayans in the Western Visayas region. More to come.