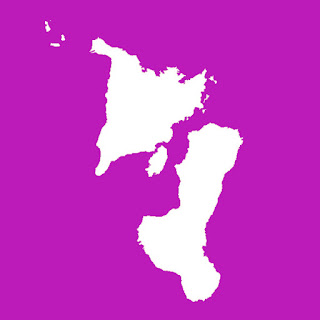 I may not have lived in Metro Manila as long as Junior Golf Dad/Talonggo had, but I've certainly had my patches of living there. I've had my tries in high school, college, and early in my life as a working yuppie. In the three stretches of time I've lived there, there was one incident that stood out to me: when a high school classmate once meanly said, "Promdi ka kasi."

Being a gal born in Tagum City, Davao del Norte and raised in Iloilo CITY, I totally resented that comment. We "Promdi's" who hail from Iloilo City certainly do not commute using habal-habals and tricycles. In fact, the true-blue Ilongga would be so mortified if she were forced to ride a trike anywhere in Iloilo City Proper! Also, our jeepneys are so snazzy and maarte, many a visitor to Iloilo had been impressed about how our jeepney builders made them look like Hyundai Starex and other SUV knockoffs!

We don't carry our belongings around in bayongs, Ilonggas have such fashion sense they know how to spot a fake Louis Vuitton from 50 meters away! So when he asserted that I, an Ilongga from Iloilo City, was a "Promdi," I was naturally infuriated.

Not to be defensive or regionalistic, but I write this piece to inform our Manilan brethren that we who hail from (the oft-disputed label) Queen City of the South do not live a primitive existence. So much may have changed in the way of perception by now, but still, for the misinformed, here are some facts about the Western Visayas region that you may not have known:


All in good cheer, friends and countrymen. It honestly stings to recall a misinformed comment such as that. I'm not sure how many other Ilonggos and Negrenses have to deal with that kind of regionalistic discrimination, but having been the recipient of that once, it was not a happy experience.

But as they say, forgive and forget. This post was made to help ensure that more informed Manilans will refrain from making mental pictures that all provinces and cities south of NCR are all ricefields, carabaos, habal-habals and bayongs.