Boracay: The Inside Story 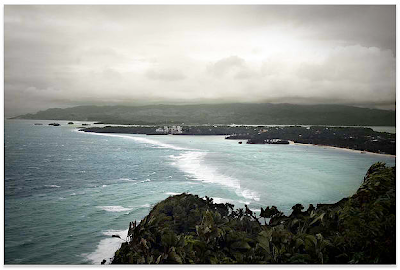 Boracay is one of the Philippines' most prized tourist destinations. Prized because local governments thrive whenever there is a tourist spot, as well as it is one of the places that our country can offer to travel-hungry foreigners.

Boracay started out as an island hamlet where only the aetas thrived. It was a quiet, sleepy town which was accessible from the mainland only by makeshift boats. There were two versions of how it became the tourist mecca that it is today: one was that a film crew discovered it in the 70's, and the other was that German traveler and writer Jens Peters' renowned book on the Philippines popularized Boracay. Either way, there has been no stopping the progress. Today, Boracay is no longer a sleepy hamlet. Rather, it is an international community that's wide awake, 24/7.

Boracay as a culture seems to be divided into four:


The Tourists come from all walks of life. Be they Filipino Tourists or non-Filipino Tourists, they're on the island to take their vacation and enjoy. They usually come in groups, and they're the ones most likely to wear skimpy clothing. It's amusing to note that even supposedly conservative Filipinas suddenly turn daring and show as much skin as possible on the island. On the other hand, the island never runs out of Koreans, Japanese and Chinese nationals. Sometimes, it's hard to tell which is which. If you come close, you'll get to tell if you're familiar with the language.

The Locals are those who have been on the island for ages. Their parents were born here; their grandparents even have land here. They usually own land, have rental property, or do business as store operators. They're very down to earth and friendly. Some, aspiring to change their lot in life, marry foreigners.

The Filipino Settlers. Some are world-weary party people from Manila who fell in love with the island and decided to stay. Others are beach-loving, rasta culture-embracing extreme sports and kiteboarding enthusiasts. Usually, these hang out with the foreign settlers. They're a close-knit community of "cool" ganja-inhaling and beer-chugging individuals. They hang out at the offbeat bars on White Beach, or the lesser-known bars on the Back Beach. There is a minority of Boracay settlers who are homebodies, however.

The Foreign Settlers are those who are not Filipino, fell in love with the island, got married with Filipinas, or just settled and formed businesses here. They are a close-knit community who know the best spots on the island. Levantin, a bar on the back beach, is where they usually stay. Levantin is owned by a Romanian couple, and they usually employ fellow foreigners. They gel with some of the Filipino settlers and they're one big happy family of "locals" who have called Boracay home.