An Ode To The Tablea 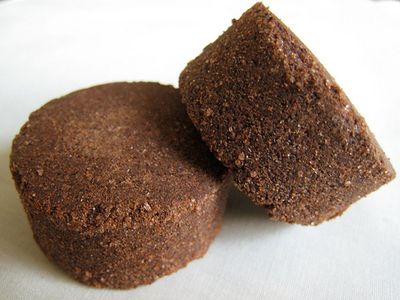 Remember the stories of "Tsokolate Eh" and "Tsokolate Ah," as narrated by our teachers when we were younger?

It was the 90's, when teachers still vividly recall the Spanish-tinged culture of old times: before the boom of computers in the Philippines, and way before the Internet happened.

It was a time when the Champorado still made a constant appearance at meriendas, and a time when such tales still graced afternoon History, Social Sciences or Filipino lessons.

Today, the chocolate Tablea is nowhere to be found -- in Kalibo, at least.

While I write this, I am making clandestine trips to my makeshift kitchen. A short distance of less than a meter from where I am. There, I savor the mug of cocoa I prepared for myself, a relief from the two months of furtive searching in Kalibo's groceries and even traditional market, for the much-desired cocoa Tablea.

Tablea is the traditional Filipino form of processed cocoa. Adopted from Spanish influences, there was a distinct way of preparing the drink:


This was the acceptable culture back in the day, when prejudice was prevalent and social castes were still distinct. The book Noli Me Tangere by National Hero Jose Rizal captured the culture surrounding the cocoa preparation perfectly.

There is no comparing the cocoa prepared straight from the Tablea with a cup of hot choco prepared with Ricoa Sweetened/Breakfast Cocoa Powder, or even Swiss Miss. Not even a run to Jollibee, Mister Donut, Dunkin Donut, McDonald's, or even Starbucks, could yield a cup comparable to a batch of the real thing, prepared from real, pressed cocoa Tablea. These versions are simply watered-down. These do not give you the high and the health benefits that only a good batch of tablea-prepared cocoa could offer.

My craze for the stuff started back in July or August 2011, when I read this article and watched this video documentary of the health benefits of pure cocoa, as manifested in the lives of the Kuna Indians of Panama:


And with that, my mad search for cocoa Tablea ensued.

I then discovered, with much incredulity, that there was no Tablea cocoa to be found here in Kalibo. It was providence that my Facebook rants about the disappointing discovery was met with the kindness of a high school schoolmate. She sent me cocoa Tablea from Sprinkles Cakes and Pastries, a sister company (literally) of Kitty's Kitchen in Kalibo. That was my week's worth of happiness, back in the 2nd Quarter or 3rd Quarter of 2011.

Thereafter, I decided to wait out my craving and desire to get healthier via cocoa, until I got back to Iloilo and found a way to hoard cocoa from there.

In December, I went home to Iloilo City, and stayed with my parents, who were already experimenting with a cocoa tablea business. While there, our ref was stacked with, I figure, 30+ rolls of Tablea.

Did I just walk into Tablea heaven or what?

Then I also discovered that Antonio Pueo and other brands of Tablea were still very much a part of SM City Iloilo's grocery shelves: 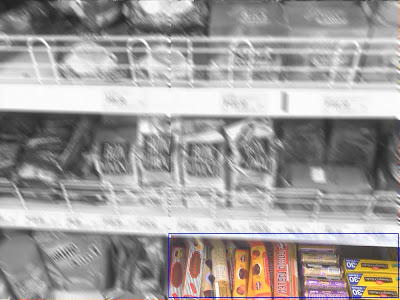 In fact, I also recall visiting Robinson's Pioneer when I was in Manila, and smiling a relieved smile upon seeing the familiar Antonio Pueo nestled firmly on a grocery shelf.

So why are they extinct here in Kalibo, then? Where, you'd probably expect people to be bigger aficionados of the stuff, given that they *should have* held more tightly to traditional customs, like a good mug of authentic, thick Tsokolate Eh boiled from Tablea?

That, I may never get to answer. All I know is that a clerk from Marianing's told me how they had phased out the Tablea "A long time ago."

A tragic fact. Saved only by the fact that Antonio Pueo and the other Tablea brands are still very much alive, in more urbane centers like Iloilo City and even in Metro Manila.

How odd. Or maybe I'm stereotyping culture. Maybe, in my head, I have it cut-and-dried that the more rural a locale in the Philippines, the more they "should" hold on to Filipino traditions and customs.

So for now, I'll just have to source my cocoa Tablea from a place surprisingly closer to home -- my childhood home, literally. Isn't that ironic?

Now excuse me, while I daydream about Rizal, Padre Damaso and how odd it was to discriminate guests by Tsokolate Eh or Tsokolate Ah, as I press down the cocoa fragments of my hot water-soaked Tablea.