Why You Can't Let The Pope Ride A Pajero 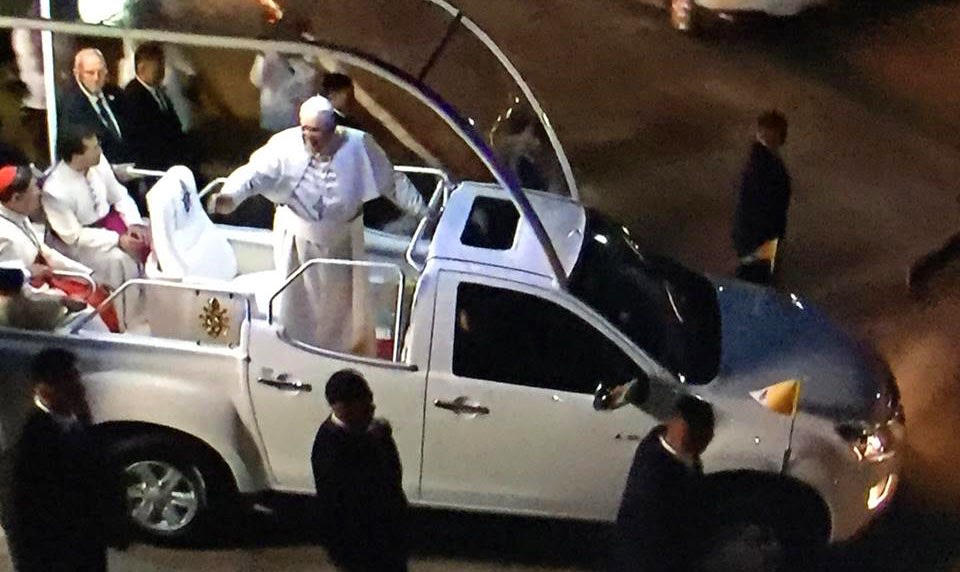 Upon arriving in the Philippines for a 5 day visit, Pope Francis' first ride was on an Isuzu D-Max - a non-ostentatious alternative in this SUV-crazed nation of ours which makes Mitsubishi Pajeros a favorite among politicians and business bigwigs.  A Pajero though would not make it as a papal vehicle.  Here's why:

You can't let the Pope ride a Pajero or mention the term "Pajero Bishops".

The Pajero we know is the one of the higher end vehicles of Mitsubishi.  However, in Latin American markets, the Pajero SUV was sold under the name Montero, which means "mountain warrior".  The name 'pajero' was drawn from the Leopardus pajeros, the Pampas cat which is native to the Patagonia plateau region of southern Argentina.  However, the term "pajero" is really not a nice word in Latin American Spanish slang.  The term pajero refers to a person who plays with himself for self-gratification.  The term is outright nasty.

This is the main reason why in Spain, and Latin America, Argentina included, the Pajero was sold under the name Montero instead of Pajero.  The derogatory connotation is too obvious.  Surely, it cannot fit a holy man like Pope Francis.

In that light, the term "Pajero Bishops" is not just derogatory, but for an Argentinian, hilarious.