Missing The Makati Post Office at The Rotary Club Building 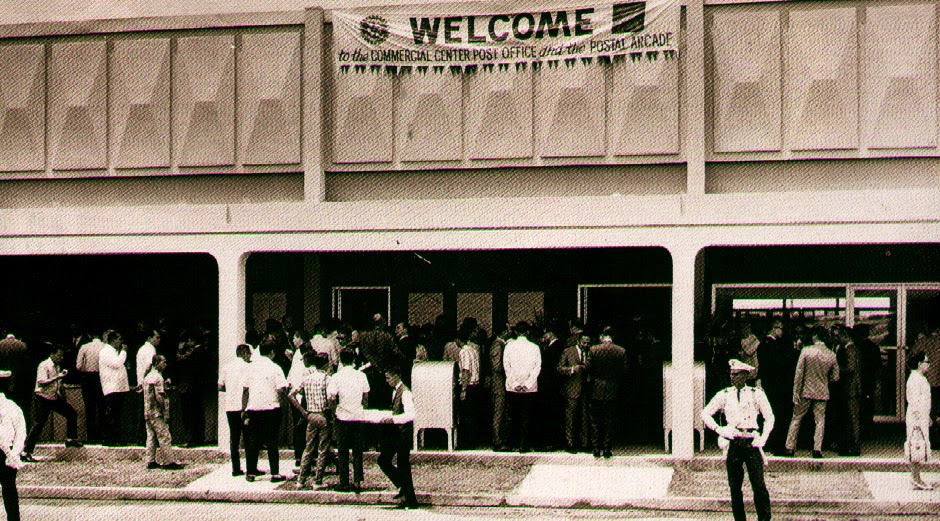 European high street brand H&M has now opened at SM Makati.  While most of its shoppers fancy the clothes on display, I cannot help but picture in my mind what once was standing on that site.

It was the 3-storey arcade at the Makati Commercial Center owned by the Rotary Club of Makati also know as the Postal Arcade.
Chartered in 1966, the Rotary Club of Makati started off with 46 members, spawned off by the Rotary Club of Pasay at a time when Pasay was a sprawling residential community with a sprinkling of business establishments and Makati, a promise waiting to be fulfilled. Most of the members of RC Pasay were residents of neighboring Makati.  That year the club served notice of its birth by establishing the Makati Commercial Center Post Office, its very first major project. The project was significant in that it allowed mail to be brought directly to Makati without passing through the central post office in Manila , thus hastening the posting process.

Once inside the current H&M, I can still feel the traces of the Post Office, where I mailed my letters to my parents in Bacolod, while I was still a high school student in Manila.  I recall the semi-circular staircase which connected the elevated grond floor to the second.  Also, in my mind would be the souvenir shop Tesoro's which occupied the largest space facing QUAD.

Then of course, there was perhaps one of the first Korean restaurants in Makati, long before Makati Avenue turned into a Little Seoul.  I had memorable lunches with my lola at Chin San So and perhaps learned how to use chopsticks there.  Chin San So was a favorite considering that there was the first Fastfood Center and Au Bon Vivant in the next building.

That was back in the days when there was still no Manila Garden Hotel (now Dusit) and QUAD carpark (a.k.a Parksquare).