PNoy's Speechwriter Is Safe After Plane Skids Off Runway 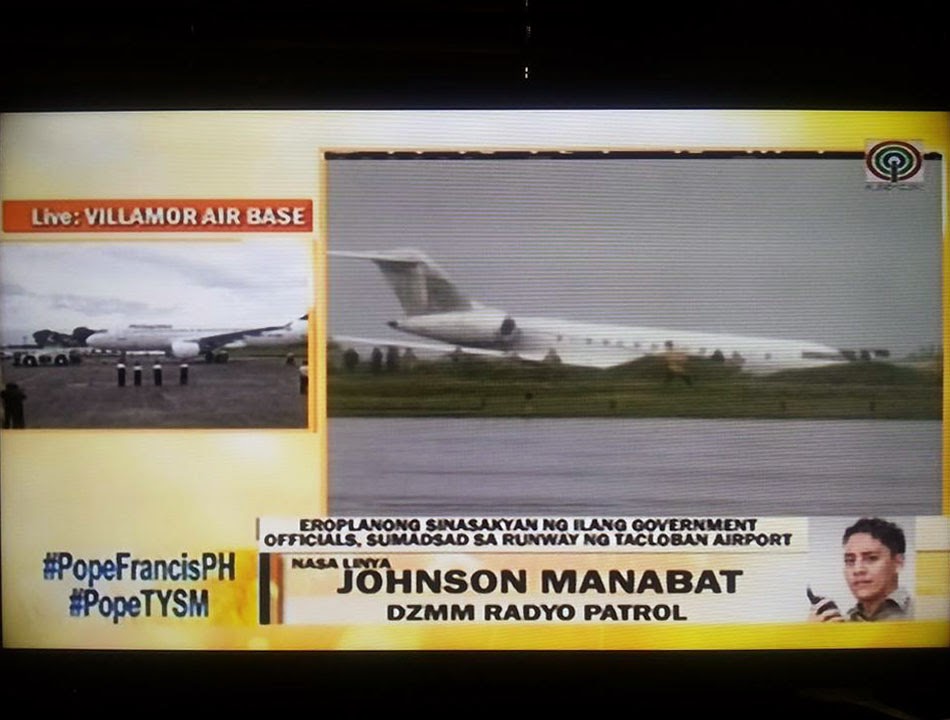 Following an emotion-filled mass in Tacloban, the Pope flew back to Manila on board Philippine Airlines and arrived safely at Villamor Air Base.  Meanwhile, an aircraft with 15 people skidded off the runway at Tacloban.  Among those on board was Executive Secretary Paquito Ochoa.  As of this writing, it is unconfirmed whether the speechwriter who wrote President Aquino's fire-and-brimstone speech at Malacanang yesterday was on board the plane.

All 15 souls on board the troubled jet are reported to be safe, which means that whether or not the still unnamed speechwriter was on board the aircraft, he/she is in perfect condition and out of danger.