Remembering the Great Rockwell Fire of 1973

Last October 27, 2014, I was scheduled to have a meeting in Rockwell at 7pm.  On the way to Rockwell, I heard over DZMM that a fire was going on in one of the condos under construction.  With the traffic barely moving, as all roads toward Rockwell were jammed, I decided to alight from the vehicle I was riding and just walk along Makati Avenue, P. Burgos, and Rockwell Drive, which to most people who stem back to the early days of Bel-Air still refer to this street as Amapola.

Along the way during that walk, I could not help but remember that fateful day in December 14, 1973, when residents of Bel-Air 1 and 3, Palm Village and Barangay Poblacion awoke at about 5:30 am to a loud explosion.  For those who recall living in the area, one may remember that on regular days when the ambient noise of vehicles on EDSA died down in the evening due to the curfew imposed by President Marcos, all that one could hear was this whistling sound in the background coming from the turbines of Meralco's Rockwell Power Plant nearby.

That whistling sound was exchanged for a deafening boom that morning.  Huge plumes of smoke and flames followed the explosion.  One of those living in the vicinity, then Makati Fire Department chief, Col. Alfredo Garcia, whose house was just one block away from Rockwell, wasted no time and immediately ordered the Makati fire personnel to rush to the scene. All seven fire stations in the city responded to the call and in a few minutes, had covered the whole area.

After sizing the condition of the fire, a number of firemen entered the power plant.

At around 7 a.m. the flames continued to rage, prompting Garcia to signal a general alarm.  The firefighters informed Garcia that they would need more Light Water Aqueous Film Forming Foam (AFFF) chemicals to control the conflagration.

Garcia immediately asked the help of then Makati Mayor Nemesio Yabut to make an arrangement with the U.S. Embassy to send fire experts from the Subic Naval Base in Olongapo, as well as additional AFFF chemicals.  The mayor’s request was promptly granted by the U.S. Embassy and at around 11 a.m. helicopters from the US Naval Base.

Command headed by a certain Engineer Kinnight, a fire expert, arrived with 50 pails, each with five gallons of AFFF chemicals from Subic.

The situation, however, appeared to be getting even worse. This prompted Garcia to call then Integrated National Police (INP) chief, Gen. Prospero Olivas, for the latter to contact all local suppliers of AFFF chemicals in the country and direct them to delivery any available stocks to the fire scene. 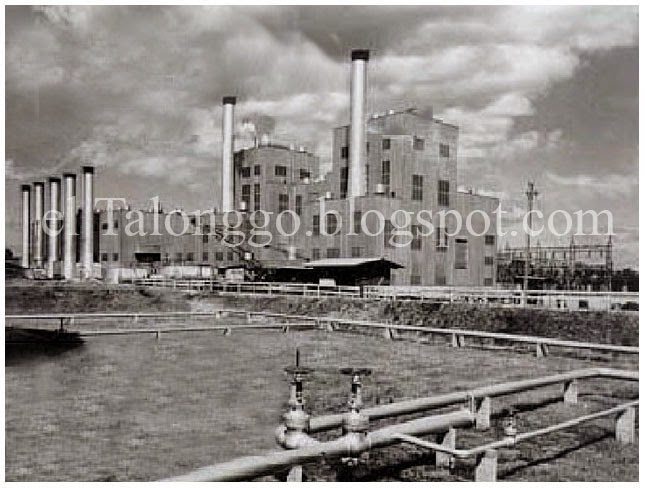 Hours later, as the firefighters were all busy controlling the blaze, another loud explosion was heard, followed by a horrible scene of fireballs jetting up into the air as the file of bunker fuel inside the power plant exploded.

The pandemonium in the area intensified after it was learned that three brave firefighters — Lt. Jose Fabicon, Fireman Domingo Viray, and Fireman Fructuoso Planas were still inside the burning structure. The three never came out alive.

Outside the power plant, eight firetrucks positioned along the road were reached by the blast and were destroyed.

At around 5 p.m. that day, more AFFF chemicals were delivered by the local suppliers, giving hope to the situation.

At this time, reinforcement from Clark Air Base also arrived to augment the Metro Manila firefighters.

With the combined efforts of firefighters Metro Manila, Subic Naval Base and Clark Air Base, the fire was finally extinguished at around 4:30 a.m. on Dec. 15, 1973, 23 hours after it broke out.

My personal notes of the event were as follows :


Note :  Every 14th of December, the Bureau of Fire Protection commemorates the heroism of the three fallen firefighters during the Rockwell Fire and gives recognition to its personnel who in one way or the other have given more than what they have for the service of the public.