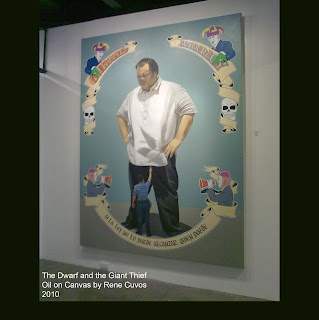 Page 2 of Fray Botod, meaning Big-Bellied Friar, a character sketch written by Graciano Lopez Jaena in 1874 when he was only eighteen years old. In this work, he caricatured the typical friar of the day as abusive, cruel, lazy, indifferent, greedy and lustful. He particularly abhored the abuses and greediness of the friars that his first written work was against this group of people.

-What a comparison, my friend!

-The witticism is amusing. Let us describe the fur seal: I'm wrong, I mean the friar, For everybody's information. So be it. Fray Botod is not his proper name or his family name. Botod means big-bellied, the people chaffed him so on acccount of his phenomenal abdomen. His baptismal name (you'll be astounded) is Ano, because he was born on the feast day of Santa Ana; but he gets furious and flies into a rage when he's called Fr. Ano, preferring to be called Botod to Ano. Fray Botod or Fray Ano is from Aragon, son of unknown parents, who was found one tempestuous night in the environs of the Ebro River, near the steps of Our Lady of the Pillar Church by a muleteer who happened to pass by, returning from his work.

The good man educated him the best way he could. He wished to teach the boy his own occupation, but at the age of fourteen, he ran away from the house of his adopted father and walking, walking, he reached Valladolid and went to the convent of the Augustinian fathers there. Scarcely twenty-one years old, his superiors sent him to the Philippines where he arrived still a rustic. He seemed meek; but after he had been ordained and sang his first Mass, after five years in the country, eating bananas and papayas and after his appointment as parish priest of so important a town where he is now, he has become so smart that he is now very rich. He is very shrewd and he has more horse sense than Santillana.

That is the succinct sketch of the birth, novitiate of Fr. Botod and the first years of his stay in the Philippines. Let us now consider his figure and exploits. He is a big fellow, a phenomenal guy. Short stature; bloated face forming a disk like a full moon. Round cheekbones. Thick, prominent lips; small eyes, roguish and feline; large, reddish nose, with flaring nostrils so that he can smell at a distance like a retriever. Hair of the color of maize; the crown, like a coconut shell with tonsure. Depressed and wrinkled forehead, giving him a supercilious and stern look. . Abdomen: above all his abdomen attracts attention because of its huge size; it's more of a promontory than abdomen, because it ends in a point near the navel; the pelvic region md the pectoral coincide on the same perpendicular plane limiting a central curvature of the vertebral column. Add to all this a short neck on which rests on that unique physiognomy and you have the finished picture of the whole figure of Fr. Botod. His whole figure is a faithful copy of Don Quijote's squire, of the ridiculous physiognomy of Sancho Panza. With regards to his habits:

More gluttonous than Heliogabalus; a usurer, worse than a Jewish money-lender; fond of women with sultan-like exploits. In conclusion: He has everything he likes and he indulges excessively. Summarizing, if the renowned Zola would describe him, he would say about him more or less the following:

Fr. Botod is a well-fed pig who eats, drinks, sleeps and thinks of nothing else but to satisfy his carnal appetite in their various manifestations. 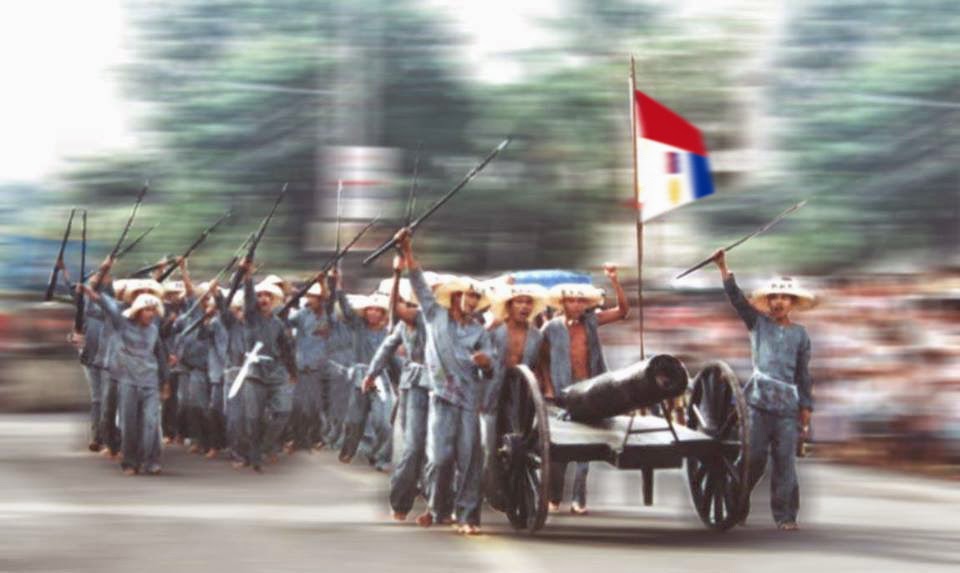