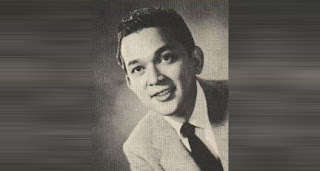 He was a Mandaluyong resident all his life though from Negros.


When he got married to actress Tita Duran,they built a house in Apo St. in Mandaluyong near EDSA.

Father of Francis Magalona and grandfather of Maxene, Elmo and Saab Magalona.

Born Enrique Gayoso Magalona, Jr. on 1921 in the southern Philippine province of Negros Occidental and was the son of Philippine Senator Enrique B. Magalona, Sr.

Pancho and his real life wife Tita Duran, appeared in numerous Sampaguita Pictures movies. Pancho and his wife were the most popular movie love team in the late 40s.

He is the father of the late master rapper Francis Magalona with their siblings:

He also co-starred on some Hollywood movies that were shot in the Philippines, such as The Hook (with Kirk Douglas) and Merrill's Marauders (with Jeff Chandler).

He won the Famas Best Actor Award in 1958 for "Hanggang sa Dulo ng Daigdig" and is best remembered for playing the character Simon in the movie version of Jose Rizal's novel El Filibusterismo.

Suffering from emphysema for a year, he later died at Lung Center of the Philippines in April 1998.