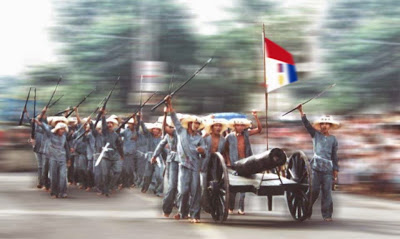 June 12 is not the only day of independence being celebrated by the people of Negros Island.

The 5th of November is a special day in Negros Island.  This is the day most associated with the Negros Revolution.  Independence in the province was gained on this day.

The Negros Revolution, now commemorated and popularly known as Al Cinco de Noviembre or Negros Day, was a political movement that in 1898 created a government in Negros Island in the Philippines, informally ending Spanish control of the island and resulting in a government run by the Negrense natives, at least for that part of the archipelago and for a relatively short period.

It has been stipulated that the Spanish civil and religious authorities in Negros did not initially suspect that the sugar barons and traders of the island would participate in an uprising against Spain.[1] The clergy in Negros had not acquired vast tracts of land, unlike their counterparts in the island of Luzon. Negros had become a rich province and "the local leaders were content, sharing even in many instances the social privileges of the Spanish elite."[2]

Negros did not seem enthusiastic about the August 23, 1896 Cry of Balintawak and the subsequent revolt headed by the Tagalog Katipuneros.[3] Rather, it disapproved the same as battalions of volunteers were organized in Bais, Valladolid, La Carlota, and Isabela in order to defend the island. There had been, however, early on, attempts by various groups on the grassroots level to revolt against the Spanish colonizers by figures like Diyos Buhawi and Papa Isio.

However, a greater part of the sugar planters soon began to sympathize towards the proposed ends of the insurrection, until two years later, such sympathy bore fruit when these same sugar planters broke out in open revolt. By that time, Aniceto Lacson, a rich landlord of Talisay City had joined the Katipunan, and Juan Araneta, Rafael Ramos, Carlos Gemora, Venura, and other leaders of what would become the revolution of 1898 were negotiating with their comrades in Iloilo and were arming themselves.

By the middle of August 1898, as numerous rumors of a coming insurrection in the Visayas spread, a number of parish priests sought refuge in Iloilo. The Negrense revolutionaries agreed that the revolt would begin on November 3, 1898. It was to be led by Aniceto Lacson with Nicolás Gólez of Silay City as deputy commander. South of Bacolod City, the revolt would be led by Juan Araneta of Bago City with Rafael Ramos of Himamaylan City as deputy commander.


Chronicle of the revolt 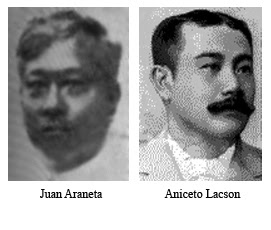 Aniceto Lacson rode to Silay. A committee headed by Lacson and acting for the province included Gólez, Leandro Locsin and Melecio Severino assembled and decided to begin the revolt on November 5. They then advised Juan Araneta of their decision.

Juan Araneta, from one of his haciendas in Ma-ao, advised all the southern mayors to begin the revolt the following day. In the afternoon, a woman from Kabankalan Norte (the present-day barrio of Eustaquio López) in Silay told priest Tomás Cornago of the impending revolt, even though the planning for the same was held secretly. He inquired of his friend, Doroteo Quillama, cabeza of the barrio, seeking to verify the report. The cabeza claimed no knowledge of the revolt. That same afternoon, groups of armed men passed the haciendas of Silay, and proceeded towards the town. The guardia civil in Silay were, however, unable to report this to Bacolod; the rebels had cut the telegraph lines in Talisay the day before.[4]

The revolt began in Central and Northern Negros in the morning and by the afternoon had spread to other towns such as San Miguel and Cadiz. In Silay, Lt. Maximiano Correa, commanding the Spanish garrison, had ten Spanish cazadores (Spanish, literally, "hunters") and seven Filipino civil guards. They were entrenched inside the municipal building, but surrendered without a fight when they realized that the townspeople were determined to burn the building to the ground should there be resistance. The Silay parish priest, Eulogio Saez, a businessman named Juan Viaplana, and José Ledesma persuaded the Spanish forces to lay down their arms, but in order to save face, the lieutenant had it appear in the official records that the capitulation was the result of a bloody battle with "dead and wounded littered all over the field of battle".[4] Ten Mauser and seven Remington rifles were surrendered by the garrison. Later, a flag similar to the design of the Filipino flag embroidered by Olympia Severino and her sisters was hoisted by the victorious townspeople.

In Bacolod, the governor of the province, Isidro de Castro, sent a force of 25 cazadores and 16 civil guards to engage a swarm of rebels seen camping near the Matab-ang River. After a brief skirmish, they withdrew, leaving two of their number dead. The Governor decided to make a stand in the Bacolod Convent (presently the Bishop's Palace, the rectory of the San Sebastian Cathedral), where hundreds of Spanish families had taken refuge. They waited for the attack, but it did not come. 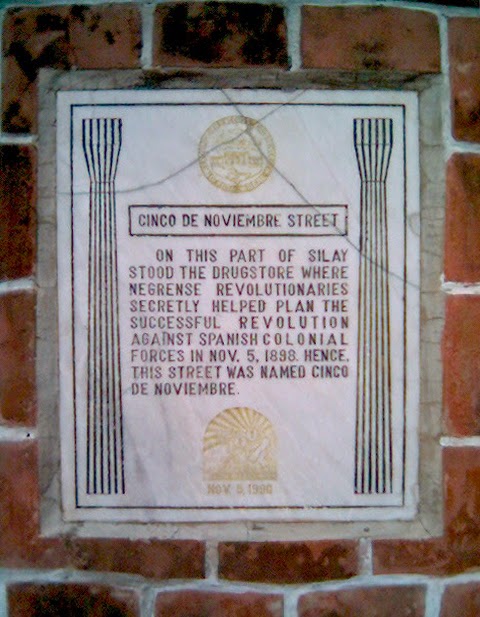 
In the morning, the rebels advanced upon Bacolod. Lacson and Gólez approached from the north, crossing the Mandalagan River. Araneta with a thousand bolo-men took positions at the Lupit River in the south-east of Bacolod. The wily revolutionaries augmented their lightly armed forces with "cannon" made of bamboo and rolled amakan, and "rifles" carved out of wood and coconut fronds. The bluff worked; de Castro was persuaded that it was useless to defend the capital.

José Ruiz de Luzuriaga, a rich businessman who was deemed acceptable to both rebels and Spanish authorities was sent to mediate. At noon, a delegation from each of the major belligerents met at the house of Luzuriaga. The rebel delegation included Lacson, Araneta, Gólez, Locsín, Simeón Lizares, Julio Díaz, and José Montilla. In an hour, it was agreed by both sides that "Spanish troops both European and native surrendered the town and its defenses unconditionally, turning over arms and communication" and "public funds would be turned over to the new government".

November 5 was declared by President Corazon Aquino as a special non-working holiday in the province through Republic Act No. 6709 signed on February 10, 1989. During this day many of the museums and other historical edifices in Silay and Bacolod are closed to the public. 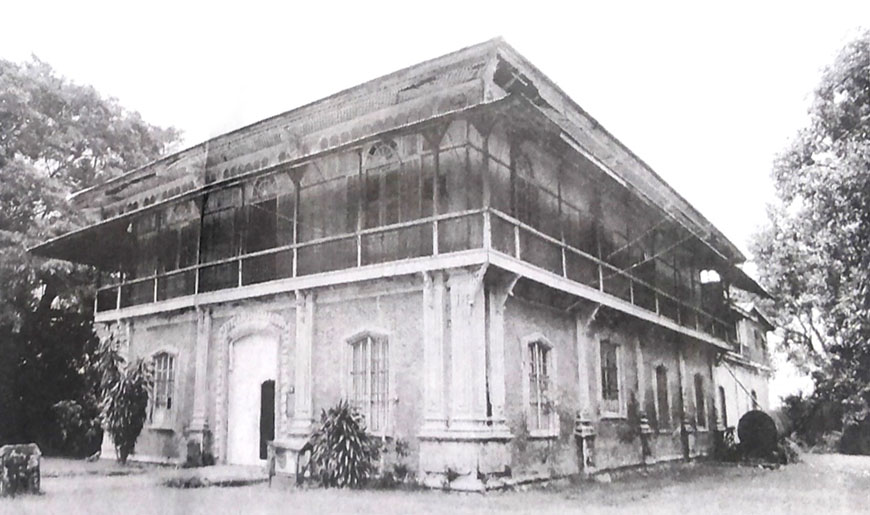 The General Aniceto Lacson Ancestral House : The First Presidential House In The Philippines